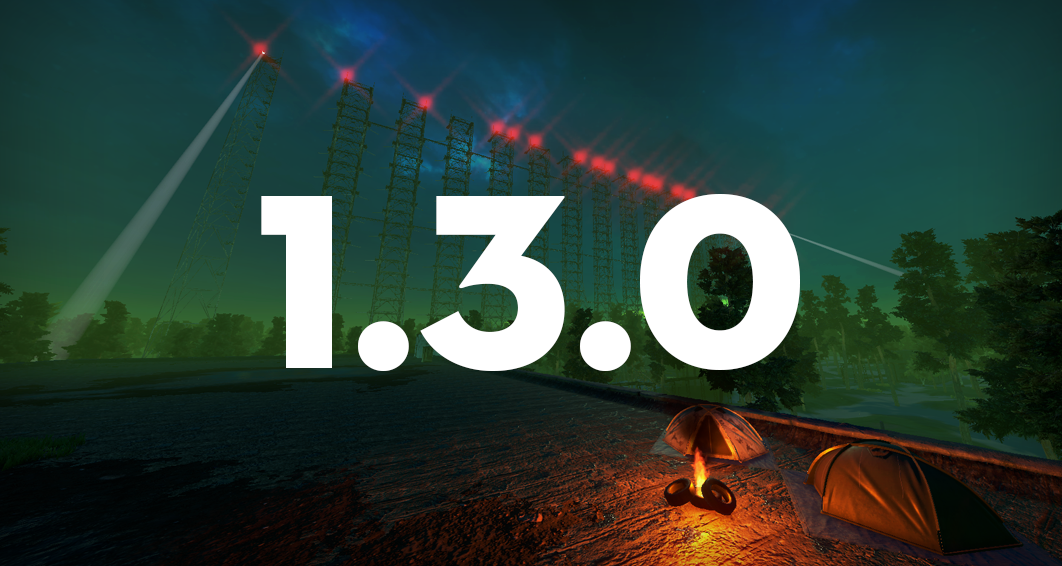 Thanks to our vibrant community, Liftoff FPV Drone Racing has been a continuously developing project. Since its first release in 2015, we've been expanding, updating and fine-tuning the game to your liking. All this time, we've managed to work on the car while doing top speed on the highway. Obviously, there was bound to be a point where we needed to make a pitstop, change the oil, replace the tires, and give the whole thing a good inspection.

The 1.3 update is all about that. Though it may not always be visible at first glance, the technological foundations of the game have been majorly updated: to better fit modern hardware, to improve the experience for everyone wherever possible, and - importantly - to once again be ready for future improvements!

Below is the epic story of this update, but if you just want to know what to expect, feel free to skip to the change list below.

Waiting for the right moment

As you may know by now, Liftoff runs on the Unity game engine. When development started in 2015, we used the most recent version of the engine available at that time. As time went by, and the game become much bigger than initially anticipated, we still occasionally updated the engine as new releases became available.

However, in 2017, the Unity engine changed aspects of how physics were handled. Considering physics play a key role in Liftoff, and initial tests with this new version made the game unplayable, this was unacceptable. We decided to hold off on updating to a new version, preferring to keep delivering a steady stream of content updates for the community instead. Essentially the game engine was frozen in a version from late 2016.

Little did we know that with each new piece of content added, be it a new drone part or a whole new environment, the project was inching closer to a hidden limit of the game engine. We suddenly hit a tipping point where we could no longer pack more content in the way we had been doing it since the beginning of the project. It started with a few disco-like menu backgrounds and, when pushed further, devolved in a complete mess of texture corruption and unreadable menus.

The only way was forward. We had no choice but to bite the bullet, update the game engine (at that point, by several major versions) and immediately tackle two major challenges: preserving the original flight behavior and finding a solution for our content packing problem. The former turned out to be less problematic than originally feared. The latter was a more complex challenge where we had rethink the way we handled content (drone parts, environments, tracks and many other things) from the ground up.

What does not kill you

Rejoice! Even if driven by necessity, our update work comes with some massive advantages across the board.

First off, we have adopted a new fine-grained system that allows us to precisely control what is loaded in at any time, to optimize the memory usage. A less big memory footprint means that the game should load faster and, especially in some of the more intense scenes, may now work on weaker systems that formerly ran out of memory and crashed. Additionally, we can now compartmentalize content to make future updates faster and smaller to download.

Updating the engine also gave us access to up-to-date rendering techniques (especially on Linux and macOS) that should increase performance. It  also allowed us to finally provide a fix for some low-level problems, such as a crash on Windows due to Citrix Workspace being installed on the system.

With all that out of way, we're looking forward to once again serving you a steady stream of updates. We already have some things in the works, so stay tuned!